Up high in the hills of Hollywood sit the very best of LA's mid-century homes that continue to inspire today.

What’s synonymous with mid-century homes? You guessed it, Case Study Houses. A residential experiment designed to inspire new ideas for affordable and efficient housing post-war in America, although most are predominately in Los Angelas. The house was designed by leading architects and designers who were at the helm of the mid-century era. The best part? Well, they’re visually delightful to look at and admire. But they’re also open to the public to take a tour around.

Let’s head over to LA, high in the Hollywood Hills to soak up the best of the city’s mid-century homes that still today are massively sought after.

There is so much to love about the Bass House. It’s open-plan and true to the principle of bringing the outside in with the gigantic tree acting almost like an umbrella over the home. More famously known as Case House #20B, the Bass House was designed by the architectural group, Buff, Straub & Hensman and completed in 1958. Originally built for the industrial and graphic designer Saul Bass, this house is particularly unique as it’s one of the few houses there were built primarily out of wood, rather than steel as much of the other Case Houses were. 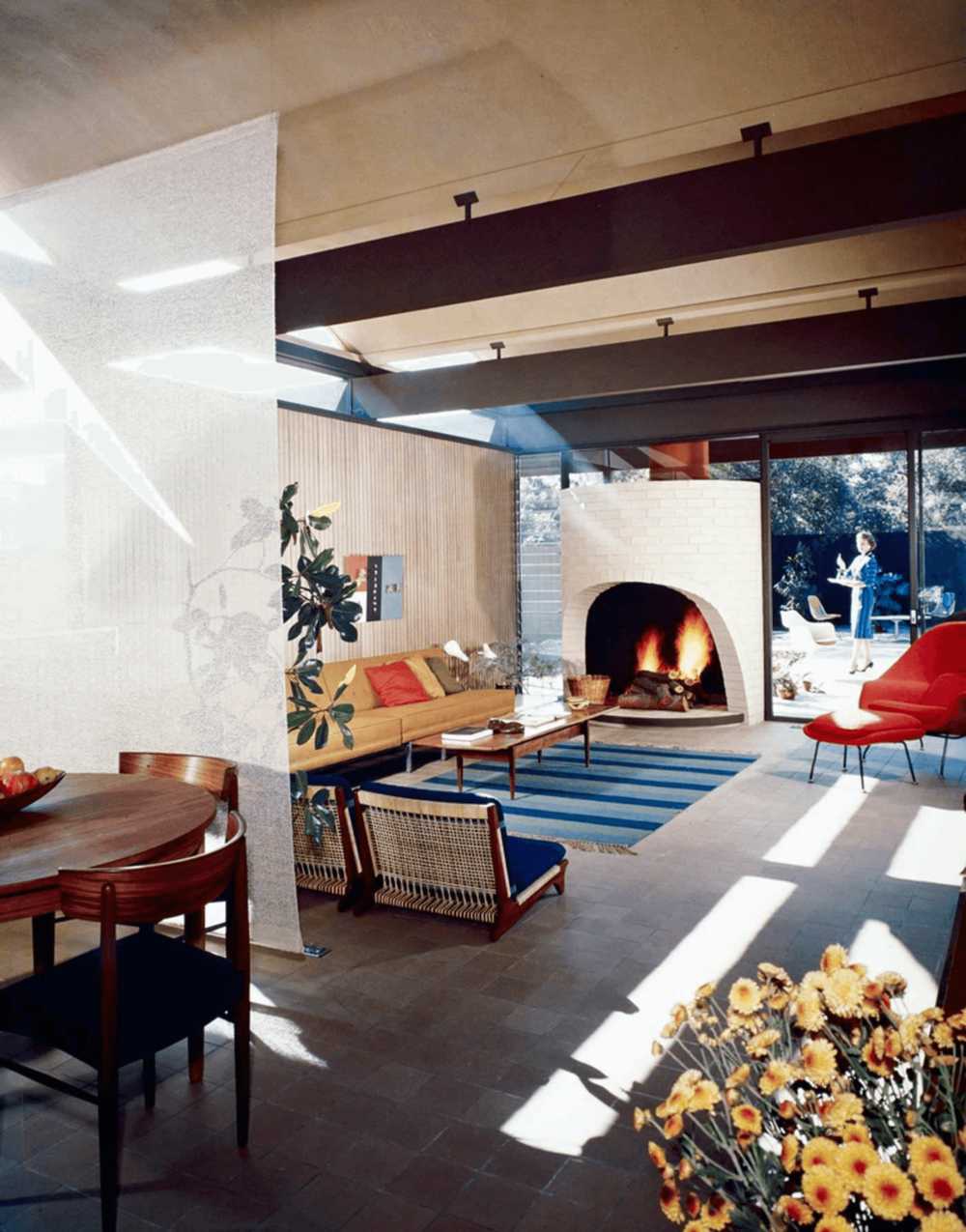 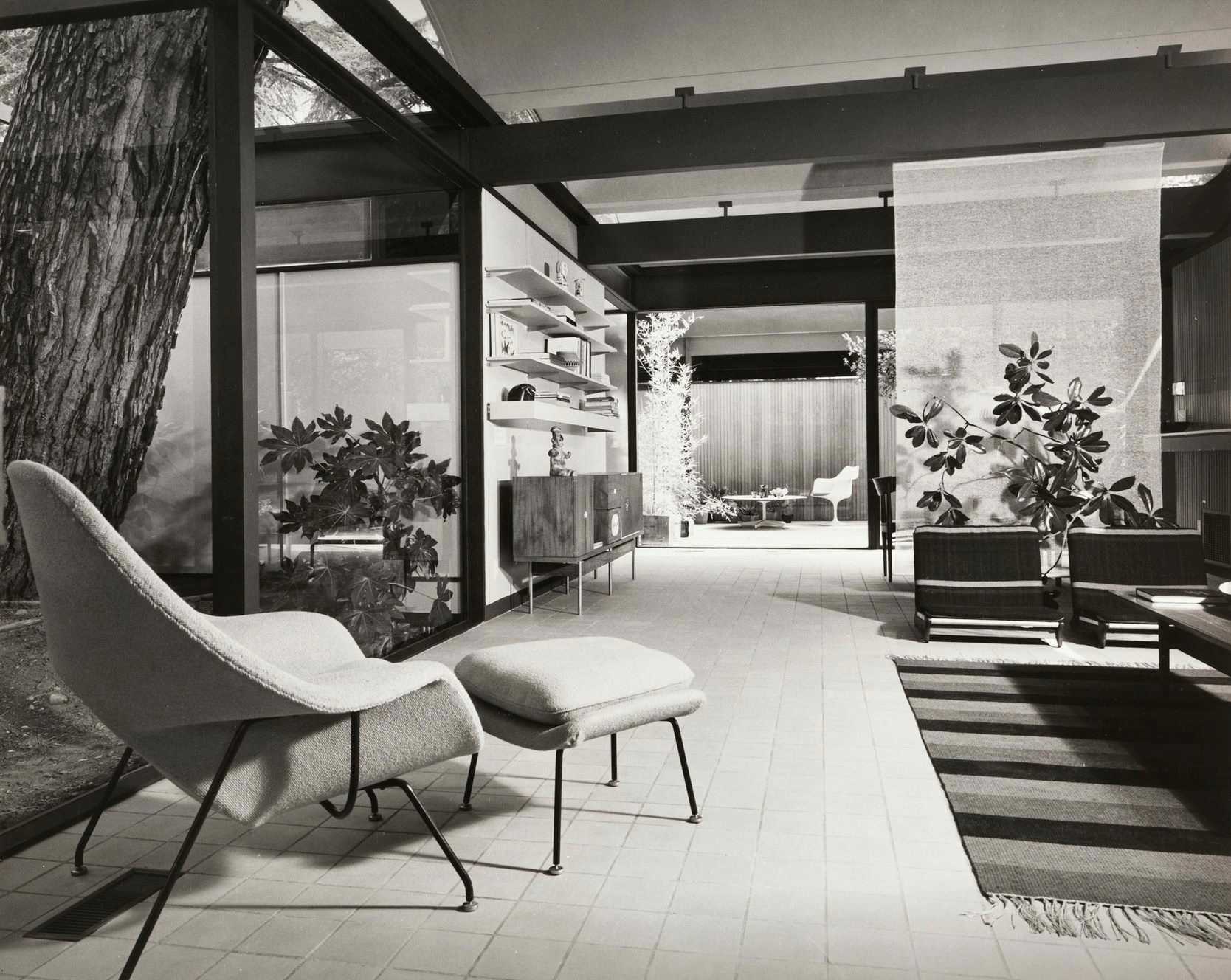 A collaboration between Clarence and Carlotta Stahl who had the vision for the home and architect Pierre Koenig who was brave enough to take it on. Stahl bought the land the house now sits on for $13,000 in 1954 and today, the Stahl House (Case Study #22) has been recognised as one of LA’s historic cultural monuments and is listed as one of the top architectural structures in America. It only takes a glance at its elegant exteriors and even more divine interiors to understand its accolades. 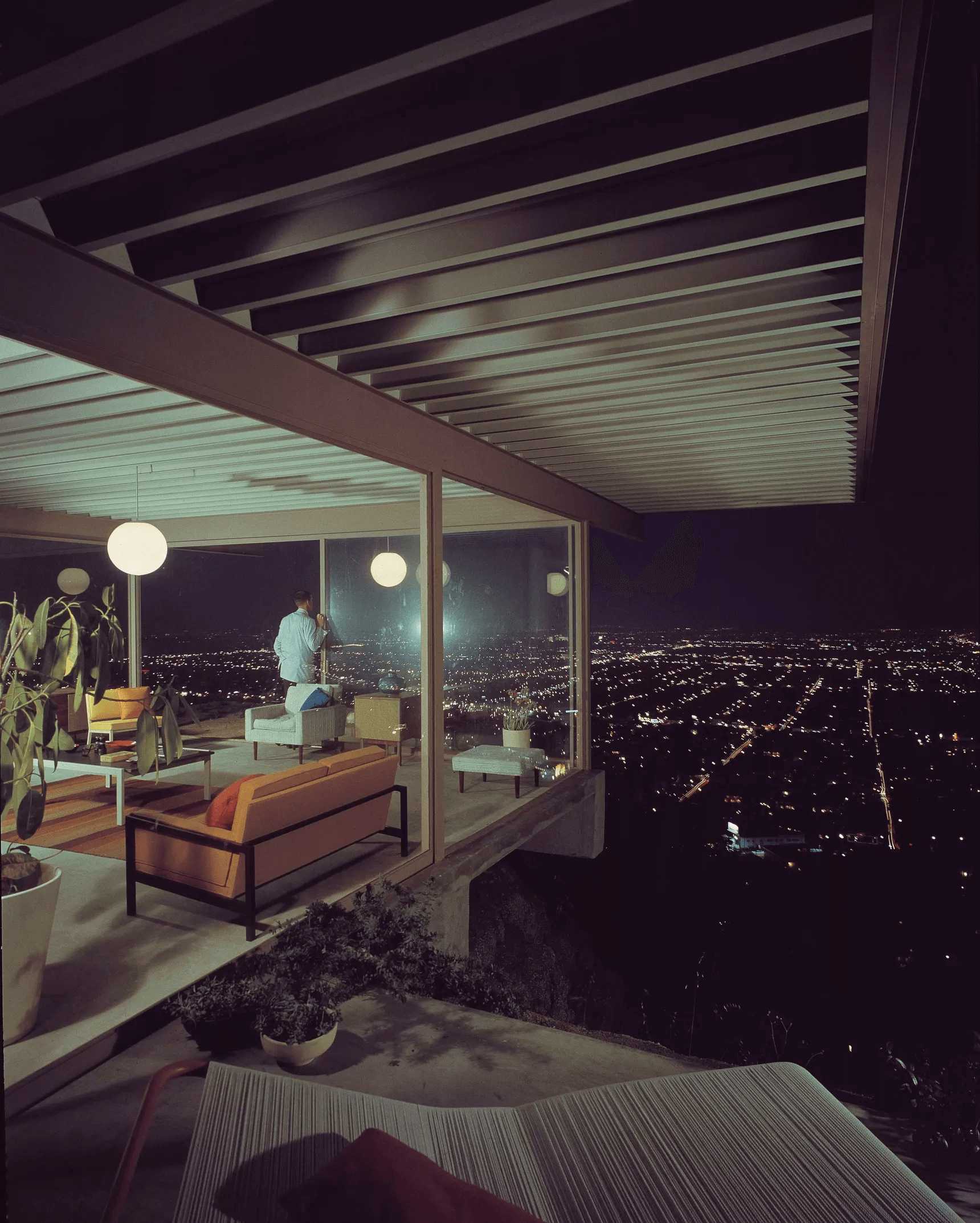 Home to the original Eames Lounge Chair, Case Study #8 was designed and built by Charles and Ray Eames in 1949. Then their home and studio, Eames House is known for its modernity and Japanese minimalism and is an incredible example of modular housing. Intentionally easy to manufacture and assemble, the home is an example of what you build in just 90 hours. Today, the house belongs to Eames Foundation and it is still considered as one of the most important sites of modern architecture. Not to mention being home to some of the most iconic mid-century interiors. 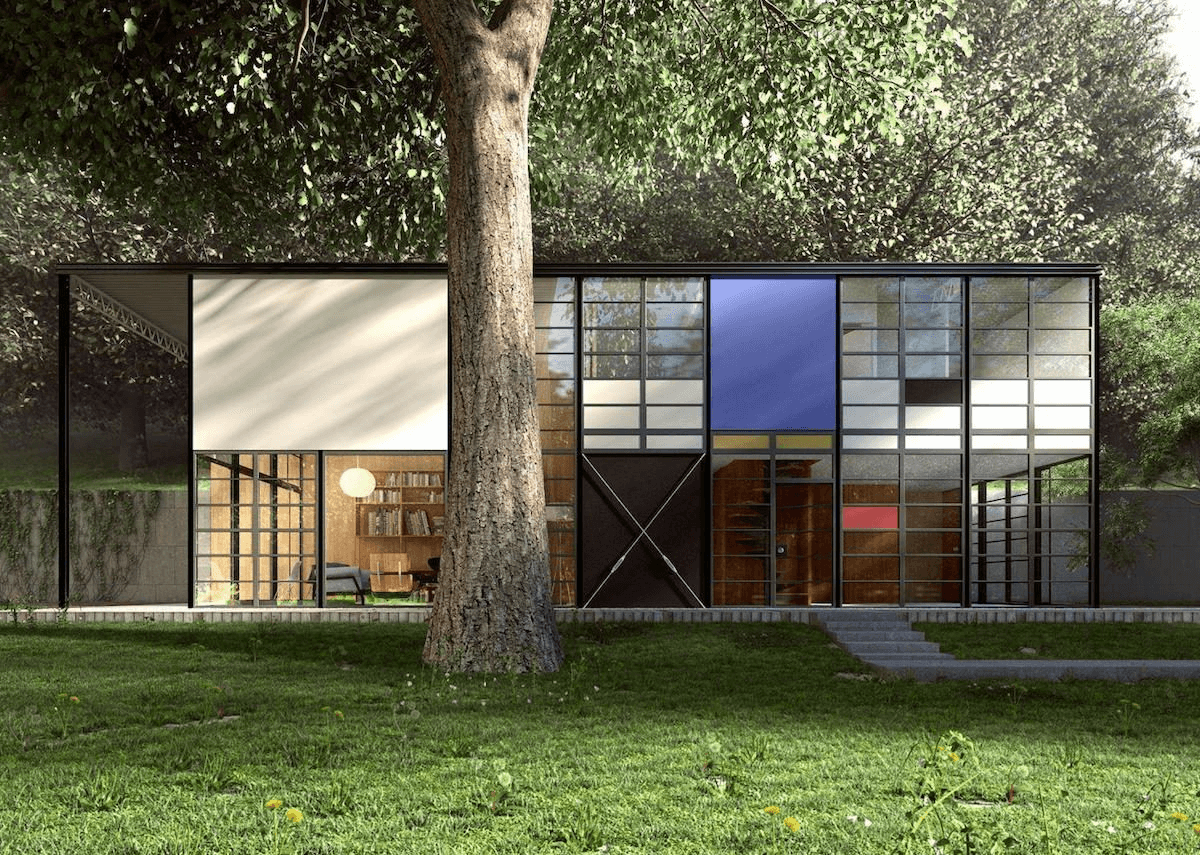 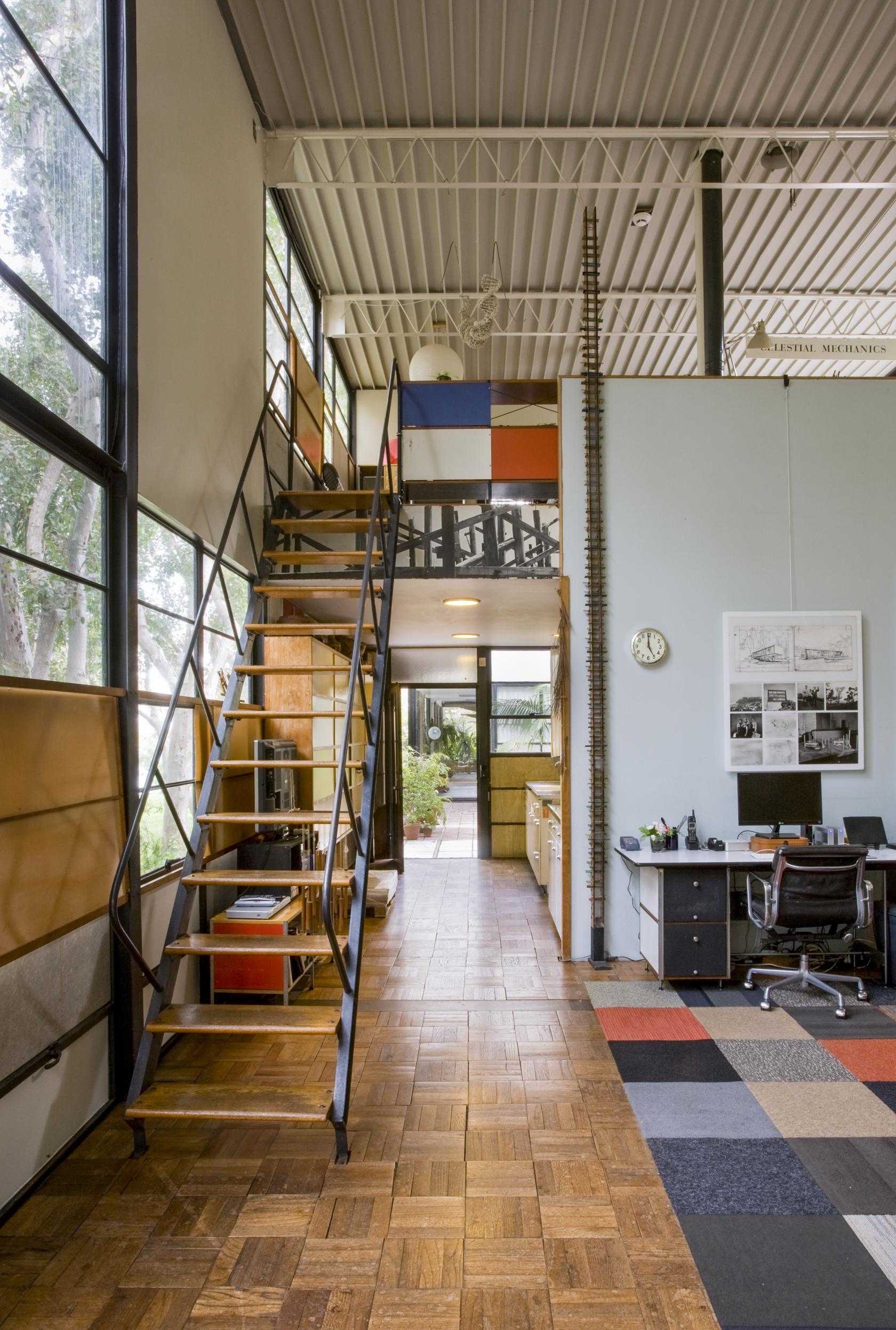 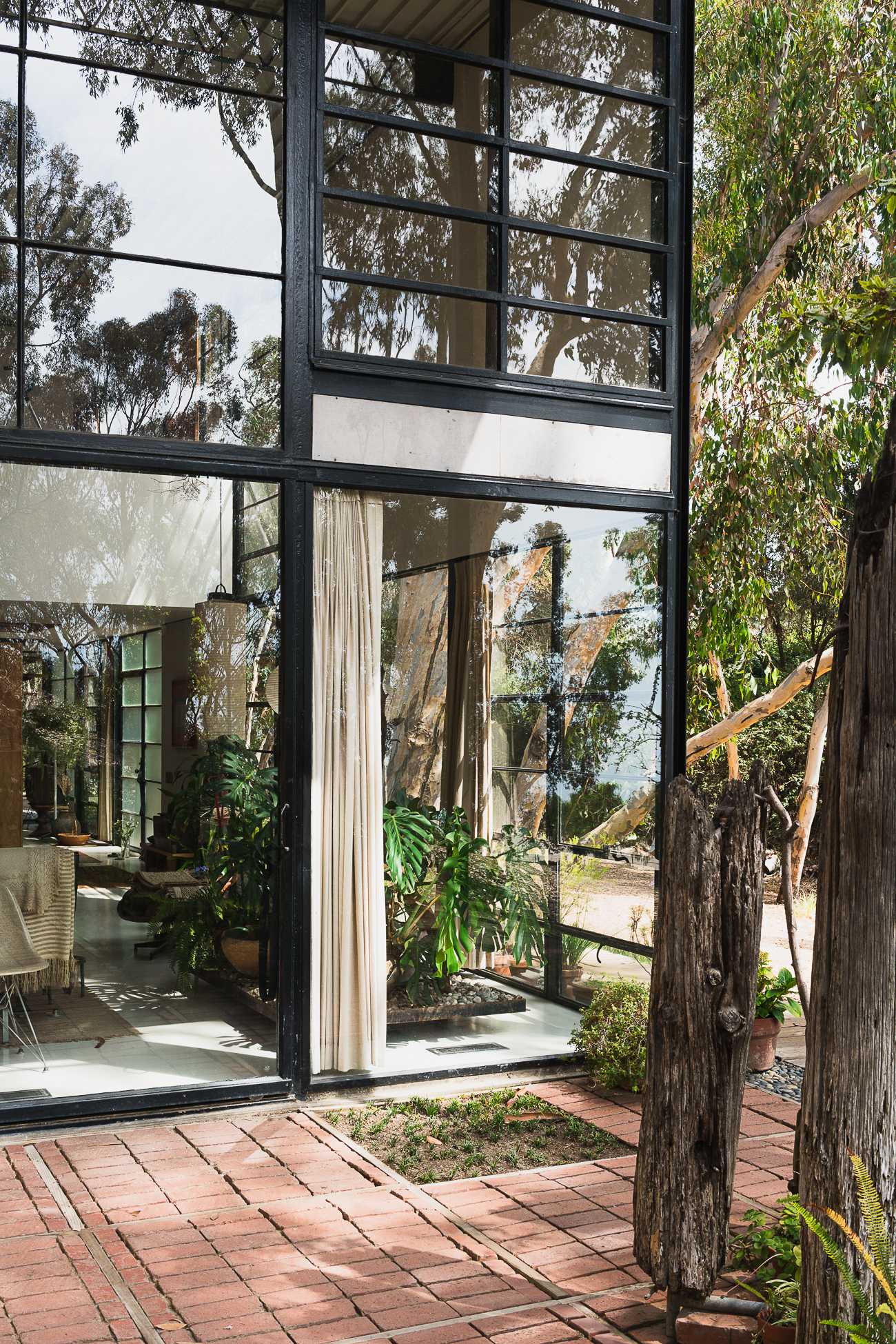 Intriguing from on the outset, the Bailey House infinitely beautiful. Designed by Richard Neutra in 1947, the Bailey House (Case Study #20) was realised as a family home and was intended to be able to grow with the family that moved into it. The simple rectangular shapes sculpting this home make this a particular mid-century favourite. 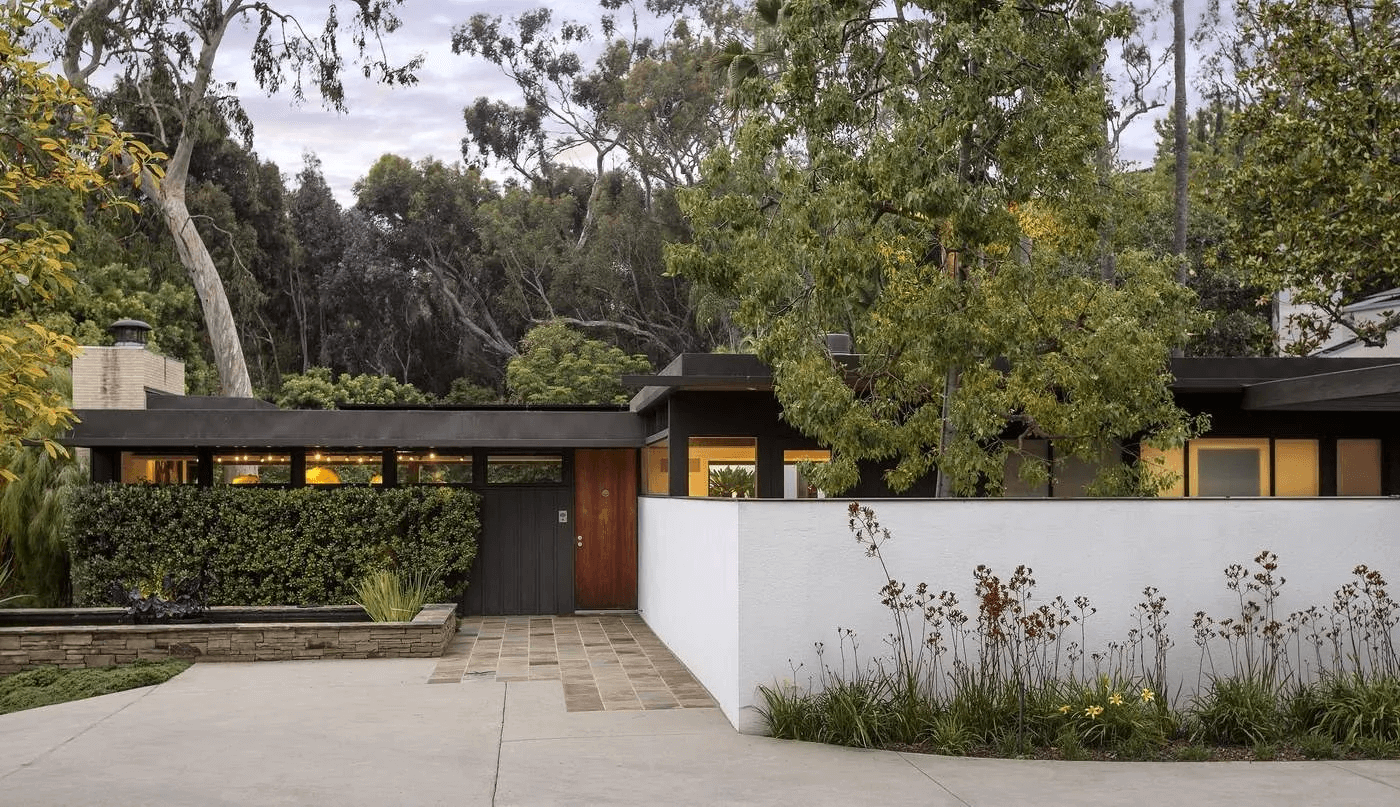 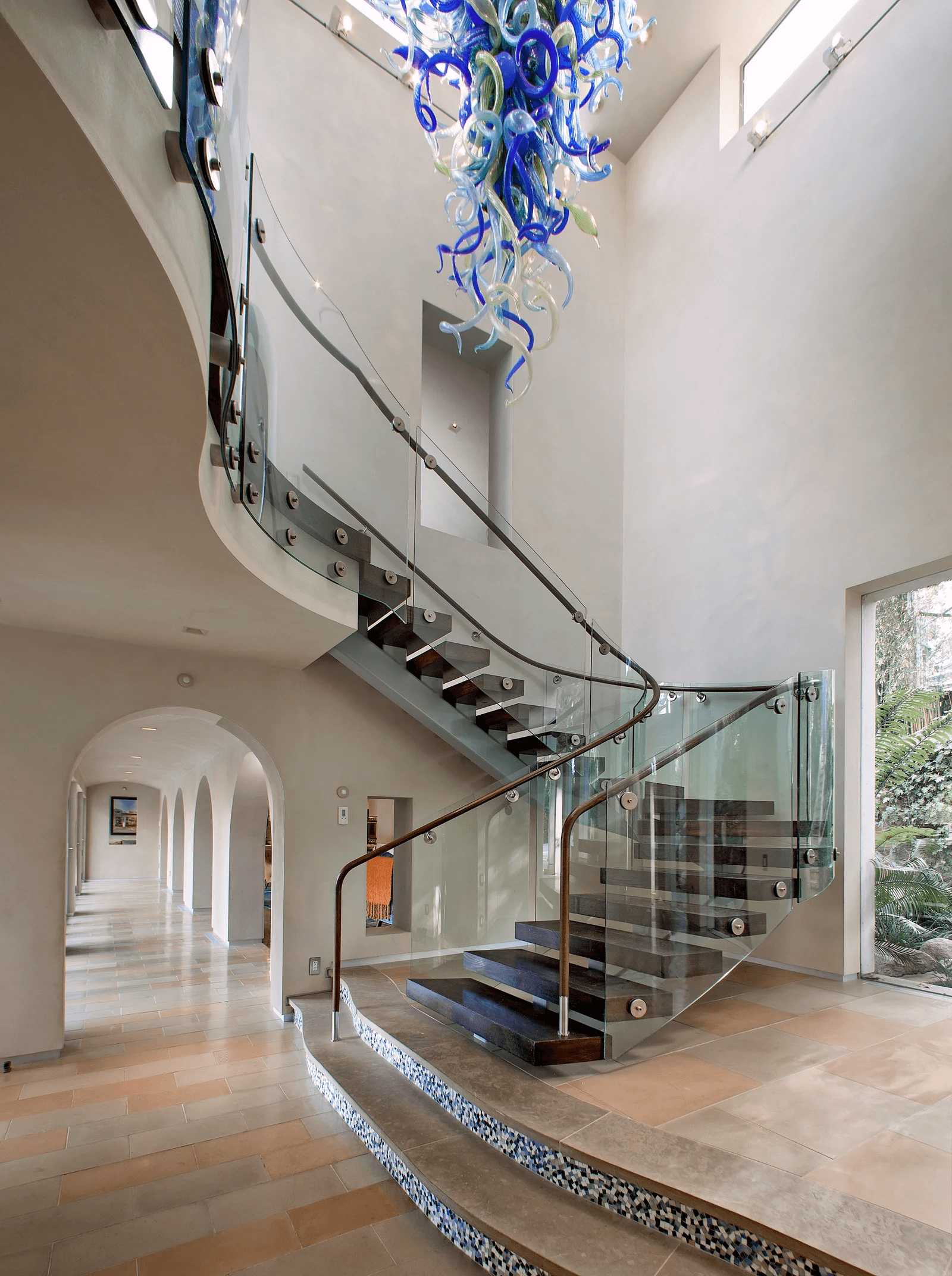 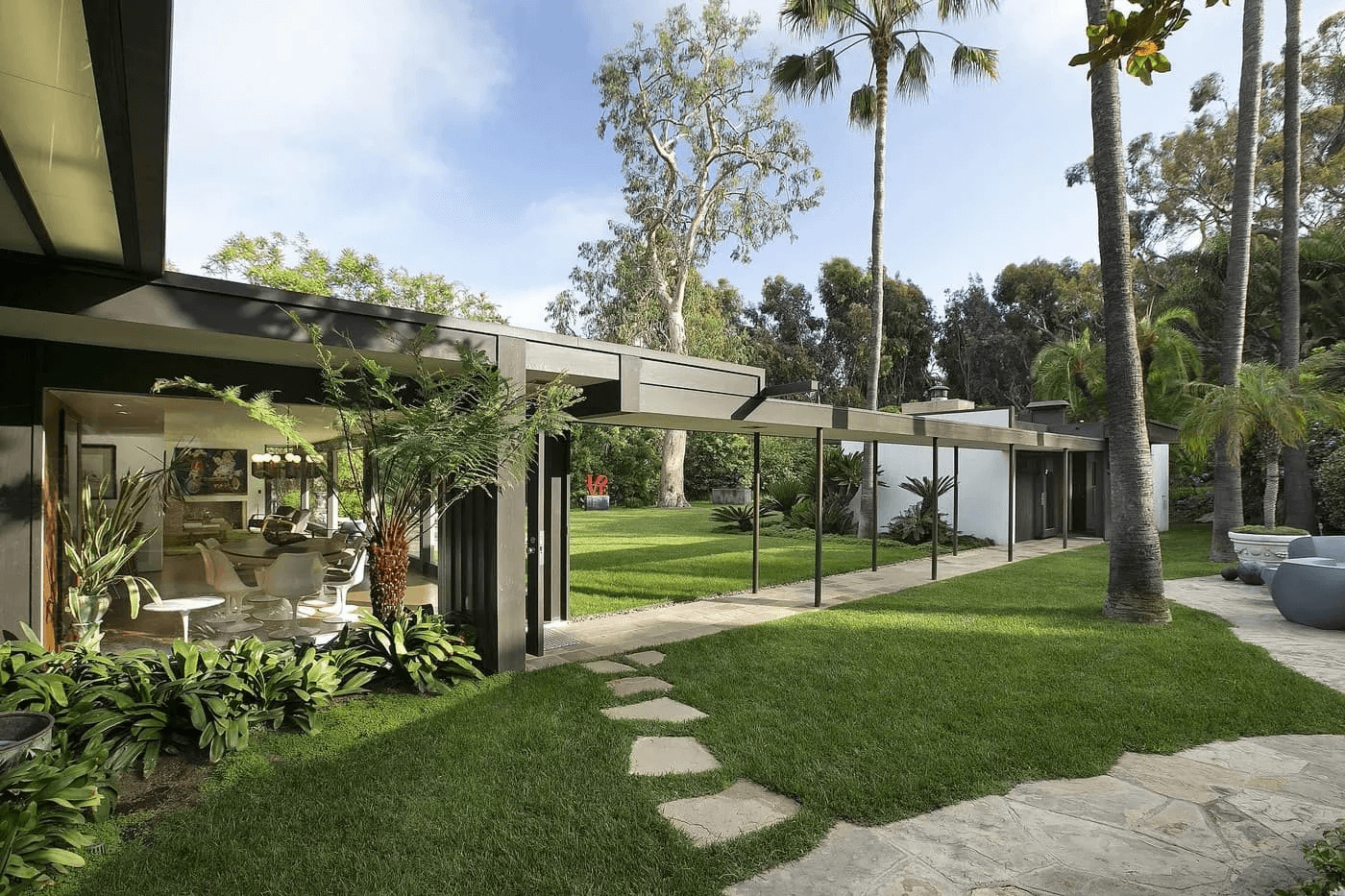 Tucked away in the hills of Bel Air, the Case Study #16 makes for a serene oasis in the center of LA. Remarkably, this house was one of three Craig Ellwood designed as part of the Case Study program and is the only one left, as the other two homes were heavily remodelled. Recognised as one of the city’s landmarks for its innovative design, #16 offers something architecturally unique with its huge translucent floor-to-ceiling glass panels and exposed steel framing. 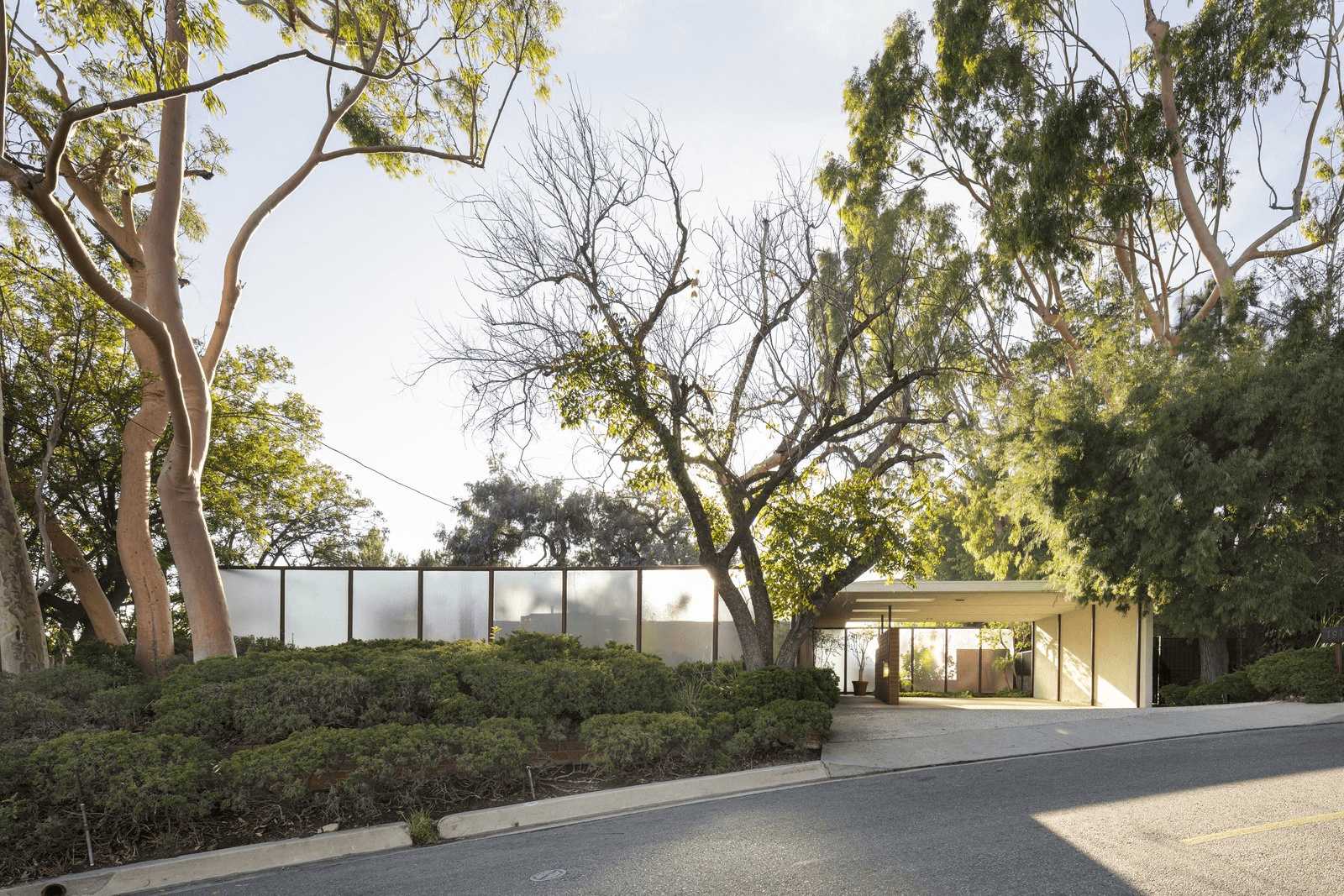 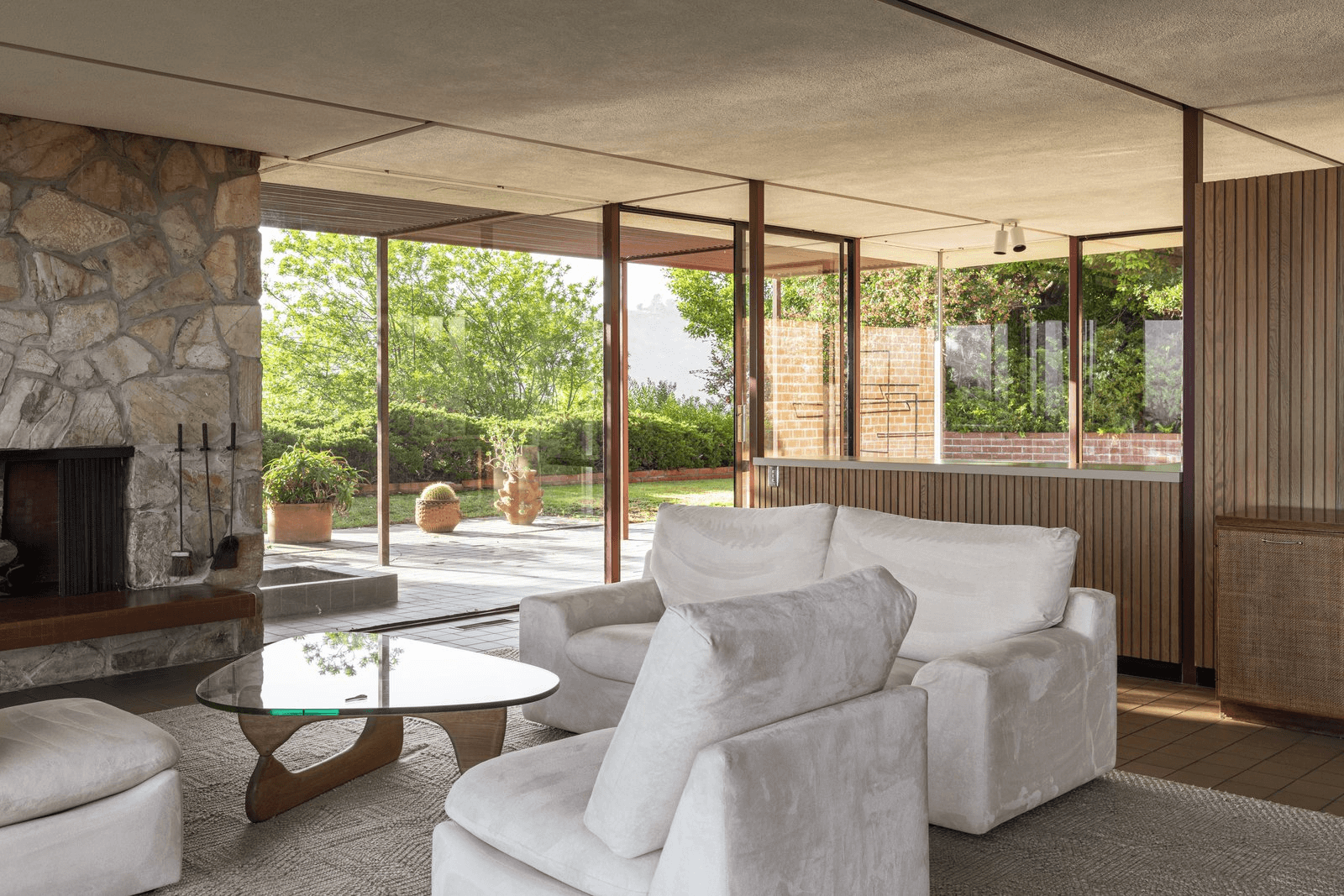 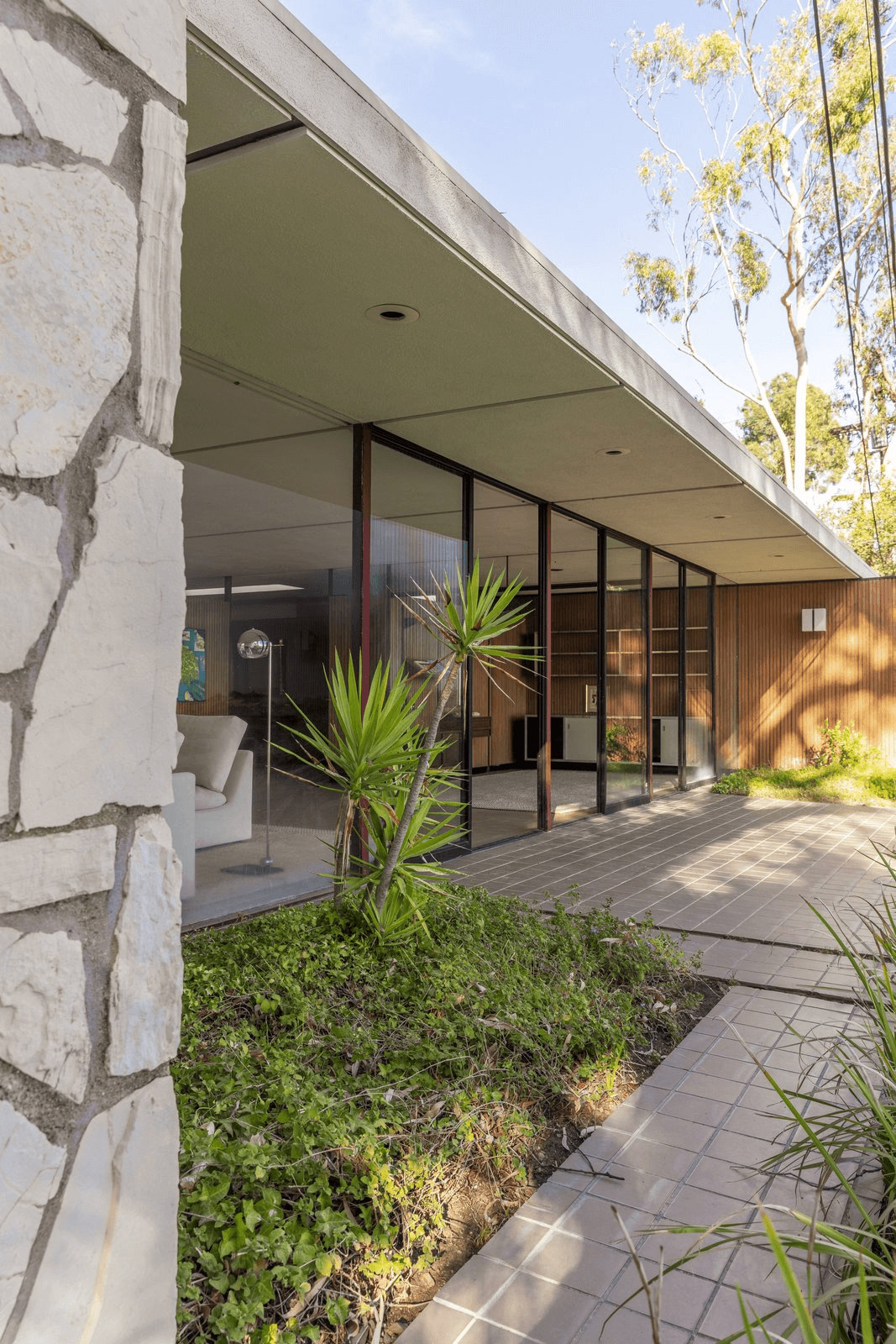 Discover an entire world of stores bringing stunning country-inspired, weathered, and eclectic furniture and decor in to our homes.

Leaning into inspiration from Soho House, we're talking all about headboard designs and why every bedroom needs one.

Wallpaper Trends: 5 Styles To Refresh Your Walls With

When no one colour is doing it anymore, patterned wallpaper will bring the vibes that your artistic eyes are searching for.