What are you looking for?
Reviews

Bobbi Beck: The Eco-Friendly Wallpaper Everyone Needs to Know About

Introducing the UK-based sustainable luxury wallpaper brand. The print and design studio that's shaking up the industry with its mission and unbelievably stylish designs.

The co-founders behind the eco-friendly wallpaper brand, Bobbi Beck, spent many years in the wallpaper industry prior to venturing out on their own. Being in and amongst the production of wallpaper, they realised the daunting fact that many products that reached the shelves were filled with toxins and chemicals that were in effect bad for the planet; and for consumers buying them. Years passed, James, Becky and Jason decided to launch their own range that focused on tackling one of the industry’s biggest problems—producing wallpaper in a sustainable and ethical way. Notably, Bobbi Beck is more than a production house for wallpaper. They have their own design studio, which “allows them to design and print everything in-house,” says James.

The ethos behind Bobbi Beck

In some way, the mission to create sustainable wallpaper feels like an illusive one—how many of us knew that most of the wallpaper in our homes wasn’t in the first place? “The vast majority of wallpaper is made from materials that are bad for the planet,” reports James “and many customers don’t know this as they typically hear the word paper and assume eco.” However, when most of the paper is made up of 80%+ PVC, its sustainability quickly erodes. What’s more, is the fact that many wallpapers use toxic inks and harsh plastics as part of their manufacturing process, “Vinyl wallpapers, self-adhesives and metallics are particularly bad as they’re usually created with virgin materials that cannot be recycled.” 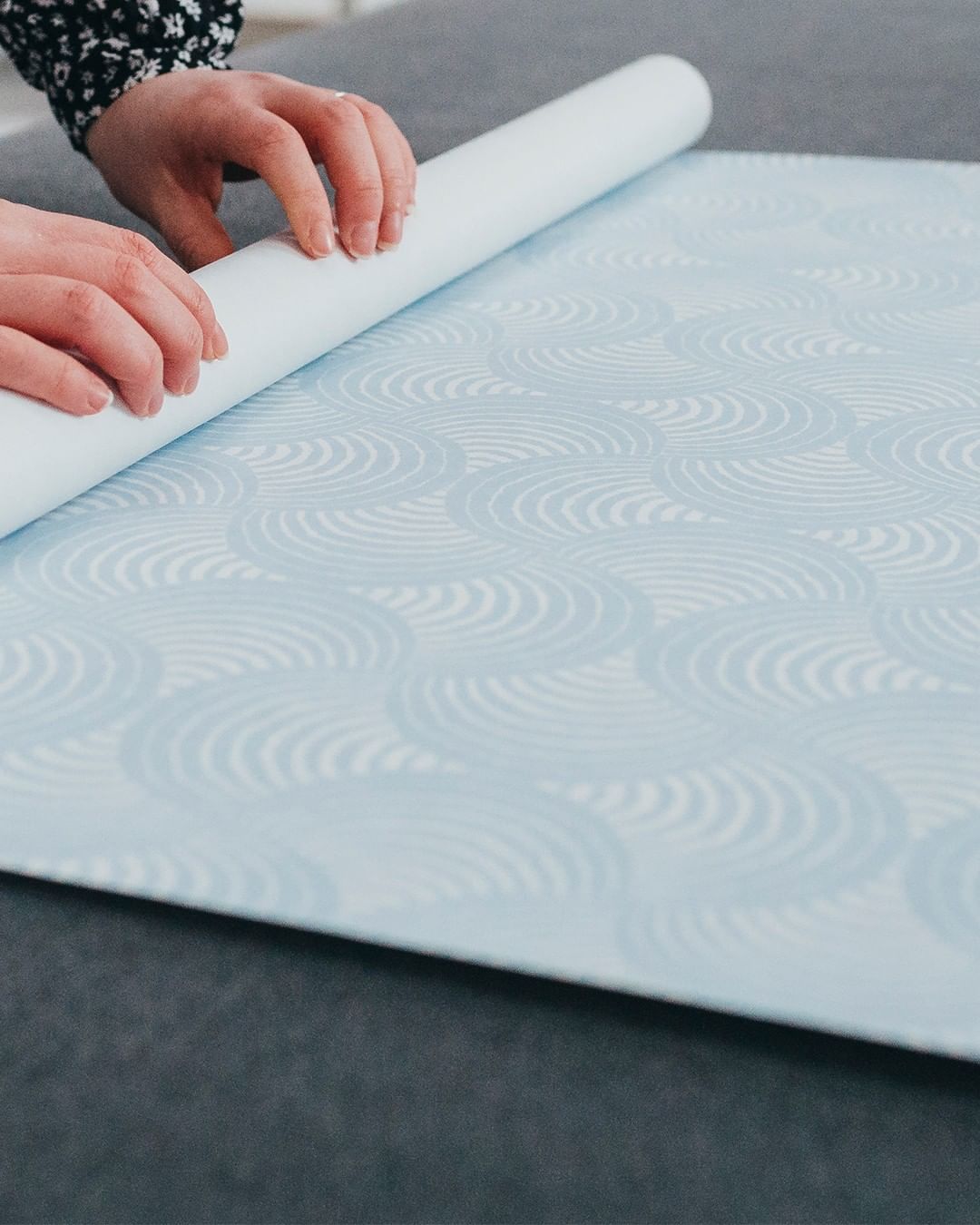 “Our print studio and office space runs on 100% renewable energy and produce next-to-no waste as a result.”

For Bobbi Beck, they “wanted to create a product—and a company—that had only the highest standards of sustainability, while never compromising on design and quality,” James shares. Although challenging industry standards sounds like a big move, James explains it’s not actually as complicated as it may sound, “We have chosen to use sustainable materials and technologies instead of unsustainable ones. Generally, the reason others don’t do this is that it’s cheaper to choose PVC-based materials and harsher printing processes. We didn’t want profits to be prioritised over the planet, so chose to take a more expensive route.”

A greener model for the wallpaper industry

Ultimately, Bobbi Beck has designed a solution that is a greener model to most that are currently on the market. As consumers, it’s difficult to quantify the impact of companies and in most cases, we put our trust in the brands themselves to have thought about—and are considering—the end-to-end process of what they produce. James helped to put some of this into perspective by looking at the broader components of larger companies that require large storage facilities, “they use big warehouses to stock thousands of rolls of wallpaper, and these alone are bad for the environment—they use up a lot of energy to operate and result in emitting CO2 into the atmosphere.”

What’s more, is that a fraction of the designs may not sell as well as they would have initially hoped. The result? Surplus rolls end up being heavily discounted, sold off to bargain resellers or worse, end up in landfills. A problem that they’ve decided to take into their own hands and come up with solutions for, “With our made-to-order model, we only make the product when the customer buys it,” shares James. “This means that we don’t hold large quantities—allowing us to work from a much smaller space, which reduces our carbon footprint. Our print studio and office space runs on 100% renewable energy and produce next-to-no waste as a result.” 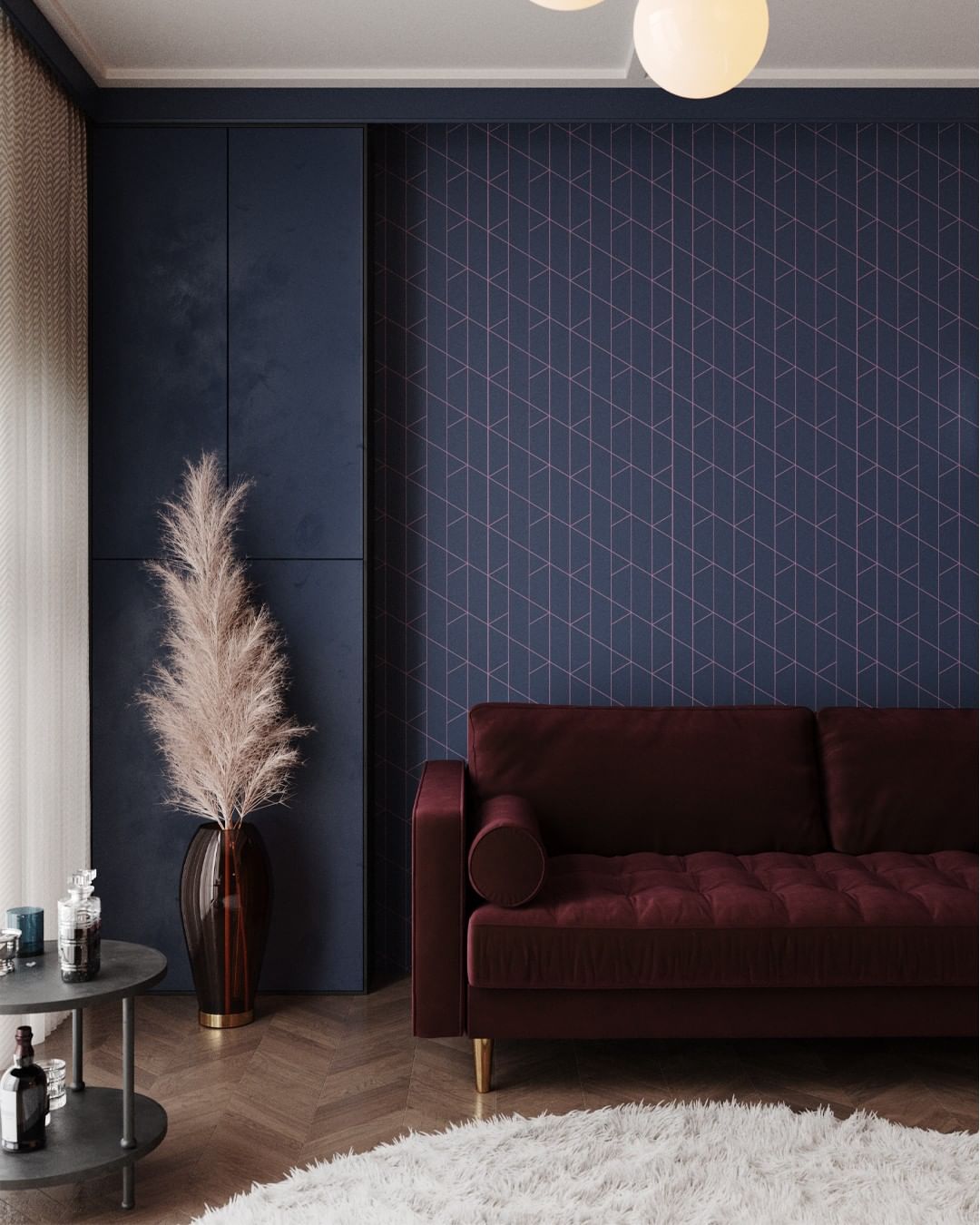 “We’re supporters of a slower pace of consumption—spending more on things that will last longer.”

Our increased awareness of sustainability has led to the creation of innovative shifts across the board. At the same time, it’s become an ongoing topic of conversation amongst consumers. But, has it shifted our buying habits? “We think it has,” James explains, “but more importantly, we hope it has. We’re supporters of a slower pace of consumption—spending more on things that will last longer. In fact, we don’t see any alternative to taking this approach in our everyday lives. The faster we can make these changes the better.”

“While we think that consumers have some responsibility to shop sustainably, we would like to see a lot more pressure put on businesses to produce more sustainably.” To illustrate the point, James goes on to explain the loose definition of what’s meant by ‘eco-friendly’, “It’s still far too easy for companies to claim to be eco-friendly without any real responsibility for proving it. This happens in the wallpaper industry, and beyond. It’s a real problem, as consumers are often being tricked.” 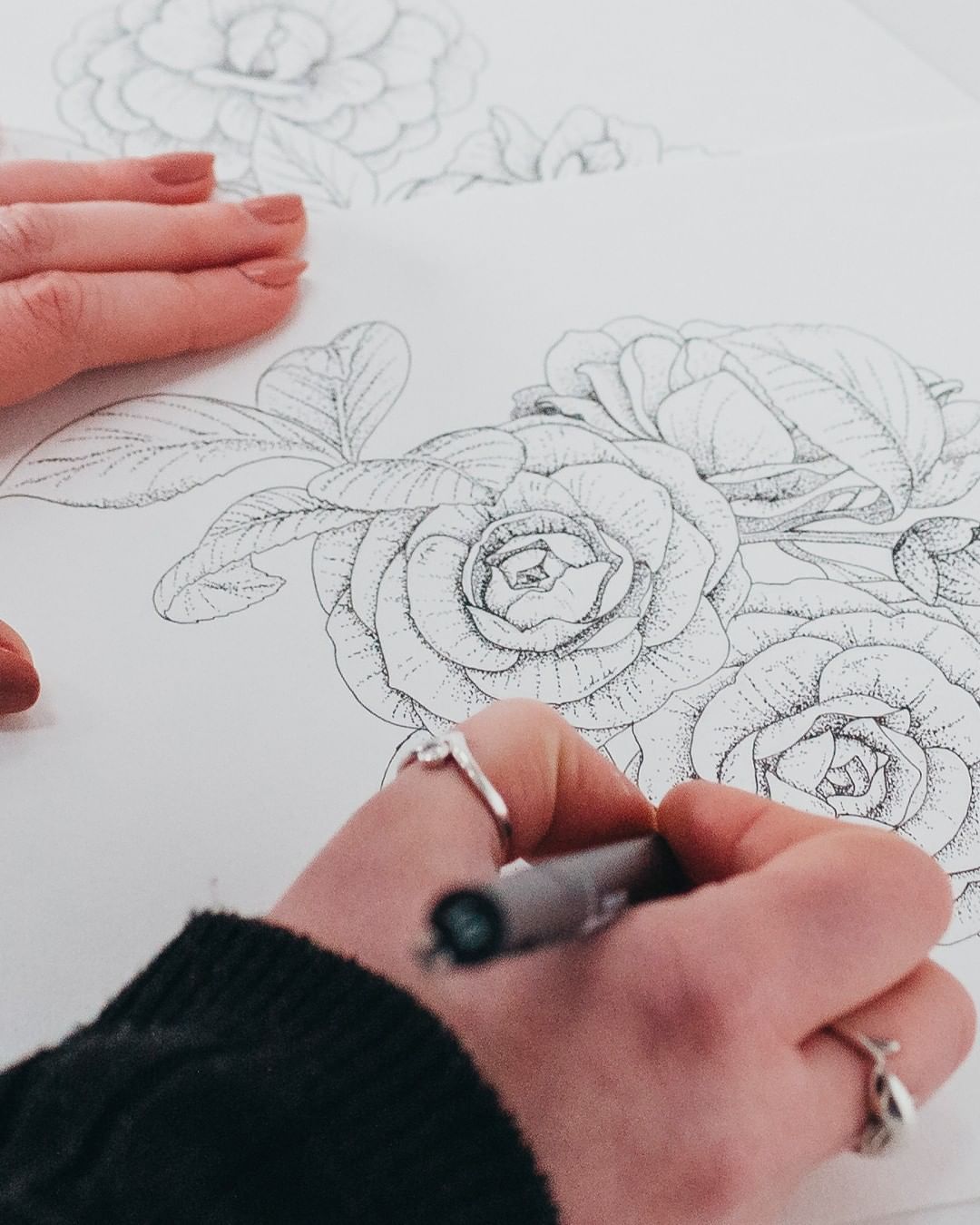 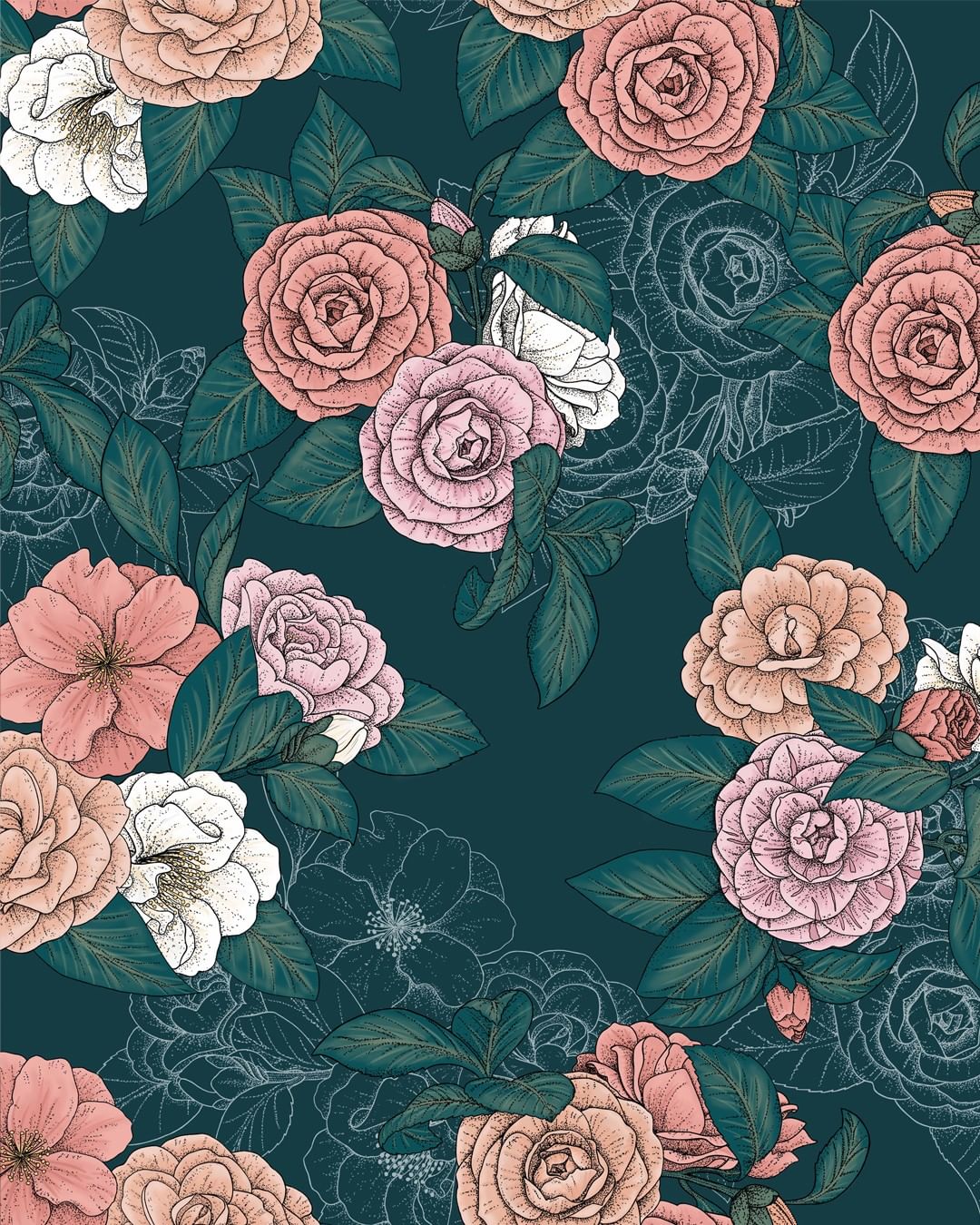 Keeping up to date with interior trends

A way to guard against the adage tricks, James suggests that it’s for us to peel back the layers of what brands claim. “The main thing is that because a wallpaper company says it’s eco-friendly, it doesn’t mean that it is.” To rise above this, Bobbi Beck took up the challenge to carry out research of wallpaper brands currently on the market, in which they found that 90% of wallpaper brands that claim to be eco-friendly are actually selling products that still contain PVCs, metallics and toxic inks. So, the best way to avoid little nasties is to look out for PVC-free, non-metallic papers printed with water-based, non-toxic inks.

Moving on from the why Bobbi Beck do what they do, we wanted to learn more about how. When we first discovered the brand, we were blown away by the vibrancy and concepts behind their designs. The colours, patterns, and textures are nothing short of luxury. “We’re inspired by our customers and what they are going to be looking for when shopping for wallpaper. There are plenty of digital tools to help us figure out what people are looking for, but we prefer to take a more instinctive macro view of what’s going to be popular, based on what’s going on in the world.” 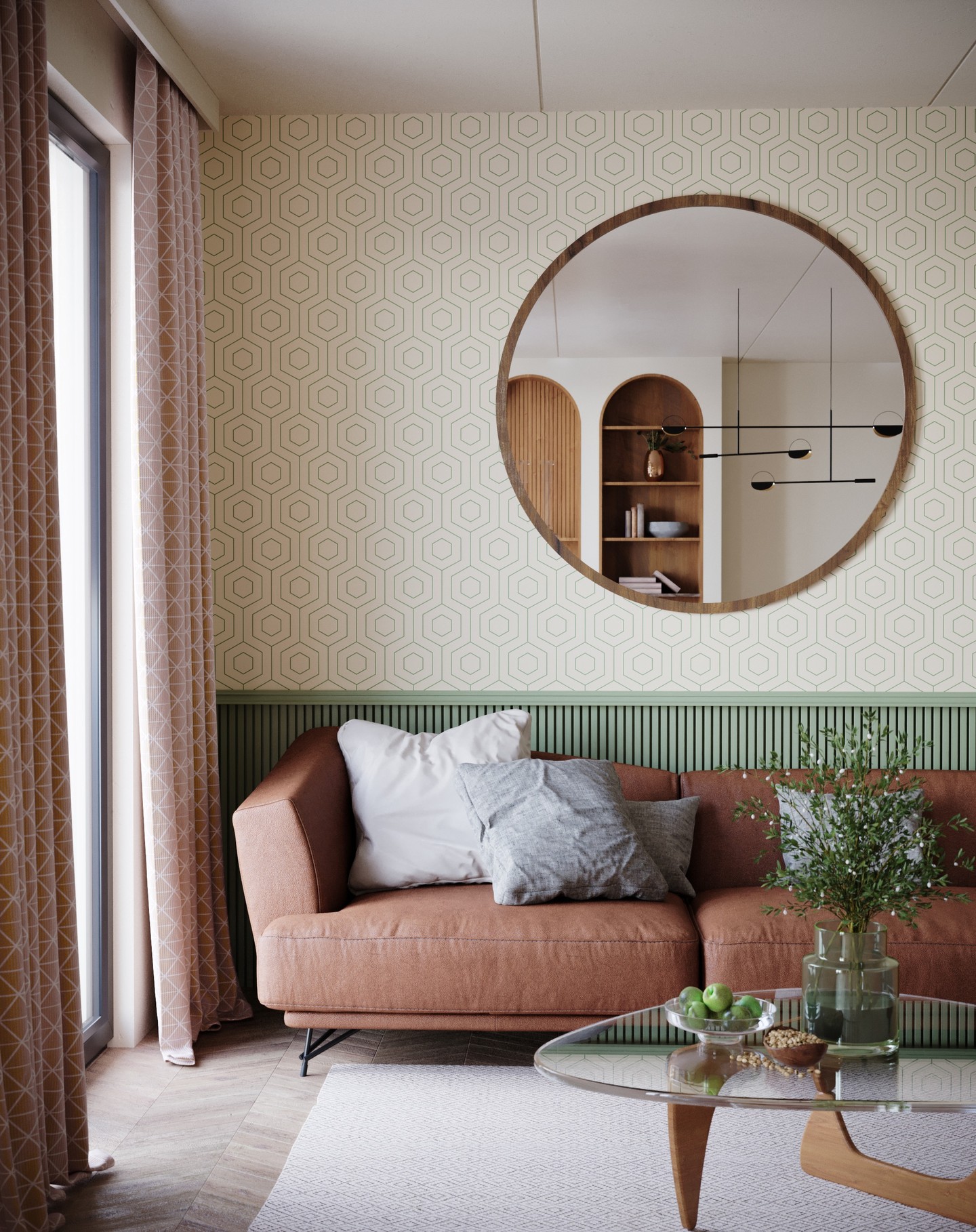 “We’re inspired by our customers and what they are going to be looking for when shopping for wallpaper.”

An example of that is their prediction on a ‘modern country’ aesthetic becoming more popular “as the pandemic saw lots of millennial city-dwellers move to the countryside. And, from a design perspective, it means we’re likely to see a demand for a more urban and modern take on a country aesthetic, so we’ll design products to deliver on that concept.”

Alongside modern country, the team are anticipating a step change for Japandi and that it’s likely to take a darker twist, “This is backed up with Pinterest’s prediction that ‘Gothcore’ will become popular throughout 2022.” Described as a ‘self-fulfilling prophecy’, the team predict Pantone Colour of the Year will equate to more purple products. Have they made any? “Yes, we’ve made a few already,” James admits, “customers will inevitably buy these because everything is suddenly in purple and therefore, on-trend.”

As our conversation draws to a close, we’d never miss an opportunity to ask a wallpaper specialist their number one hack for hanging wallpaper. “Read the instructions.” And if you’re working with a decorator? “Make sure they do too. It might seem flippant, but there are lots of different types of wallpapers on the market and they all have a specifically recommended installation method.”

“Honestly, decorators are often the worst offenders for not reading them because they’ve been installing wallpaper for so long; they assume they don’t need to. Most brands can’t afford to pay for your installation mistakes, so it’s best to try and avoid them by following the instructions, no matter how many times you’ve installed wallpaper before.” Let’s be honest, the best pro tips are usually the most obvious: read the instruction, they are there for a reason.

The future of Bobbi Beck is illuminating if the last 12 months is anything to go by. So, what’s next? “Our focus is now on introducing our brand and products to homeowners and design professionals. We’ll continue developing our product collection for a broader and better range, and that includes working with some exciting designers within the industry.”

Leaning into inspiration from Soho House, we're talking all about headboard designs and why every bedroom needs one.

Their impeccable style has been channeled into homeware. From Boho Chic to Japandi, there are pieces for everyone.

We’re Obsessed: How To Bring Out The Country Cottage In Shabby Chic

A stunning home tour that showcases the feminine and elegant touch of shabby chic together with rustic elements of country cottage.