What are you looking for?
Scandinavian

Discover classic Scandinavian pieces crafted by the most influential designers of our time who revolutionised home interiors.

A look back in history holds the answers to some of our favourite design pieces. It’s the pieces that we’ll have seen in stores, online, Pinterest, and Instagram but has never quite known the stories behind them. In Scandinavian design, there is a lot of those. The legacy of the region’s golden age, from the 60s onwards, continues and has a sentimental place in our homes whereby each piece brings tranquillity, comfort, and style.

So who were the iconic designers behind the rise of Scandinavian design and what did they create? Well, we’ve chosen 10 classic pieces that revolutionised home interiors crafted by the most influential designers of our times.

The Best of Scandinavian Design

A pioneer of Danish design, a journalist, and an architect, Poul Henningsen crafted the eclectic-looking Artichoke pendant, featuring 72 leaves positioned across 12 rows. The illuminating glow is decorative as well as comforting, fitting perfectly into a home with slightly higher ceilings. The Artichoke pendant is a charming piece, that by any means, will excite design enthusiasts. 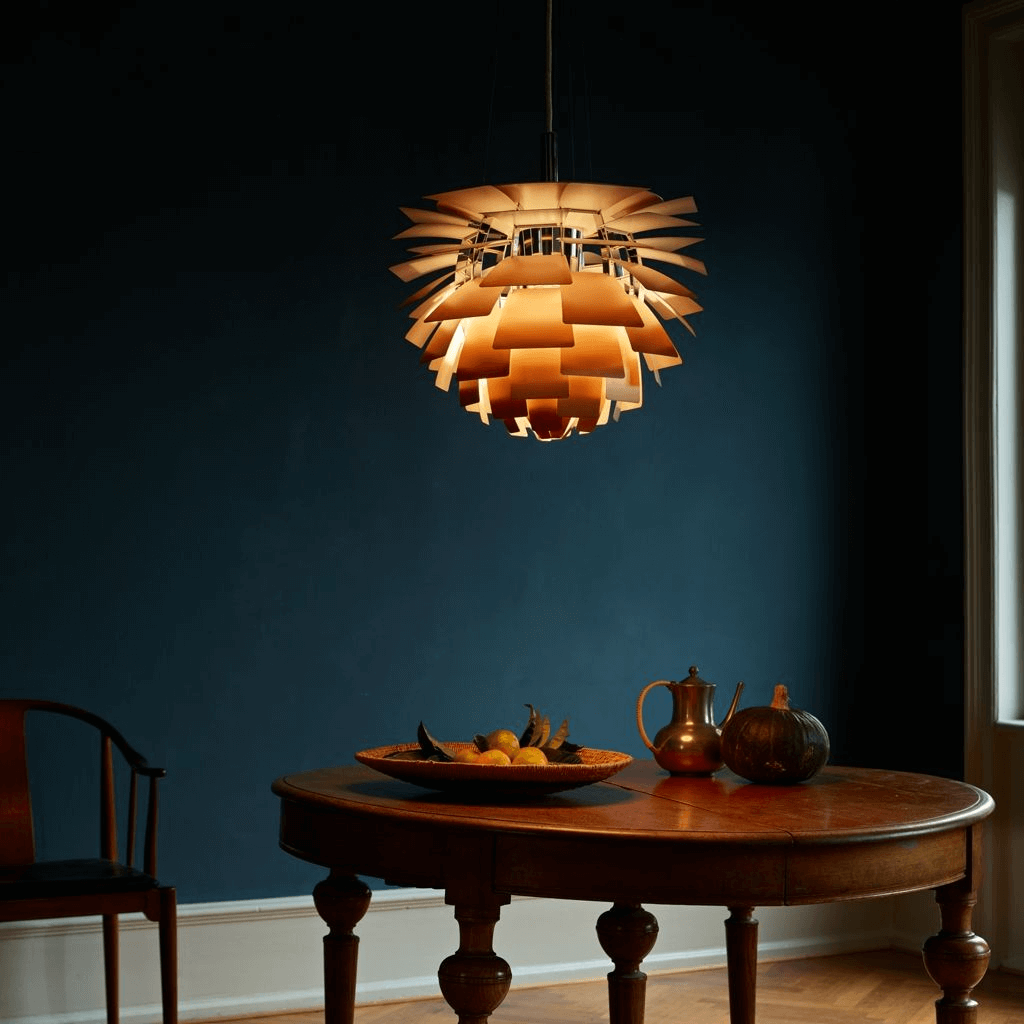 Whenever we think about Scandinavian interiors, we think of the classic Wishbone Chair designed by the infamous Danish designer, Hans J. Wegner. The naturally hued wooden chair and hand-woven cord seat bring elements of the outdoors into a home seamlessly. The design was largely inspired by the classical portraits of Danish merchants sitting on Chinese Ming chairs and is still today considered one of the most prolific designs in Wegner’s portfolio of over 500 pieces. 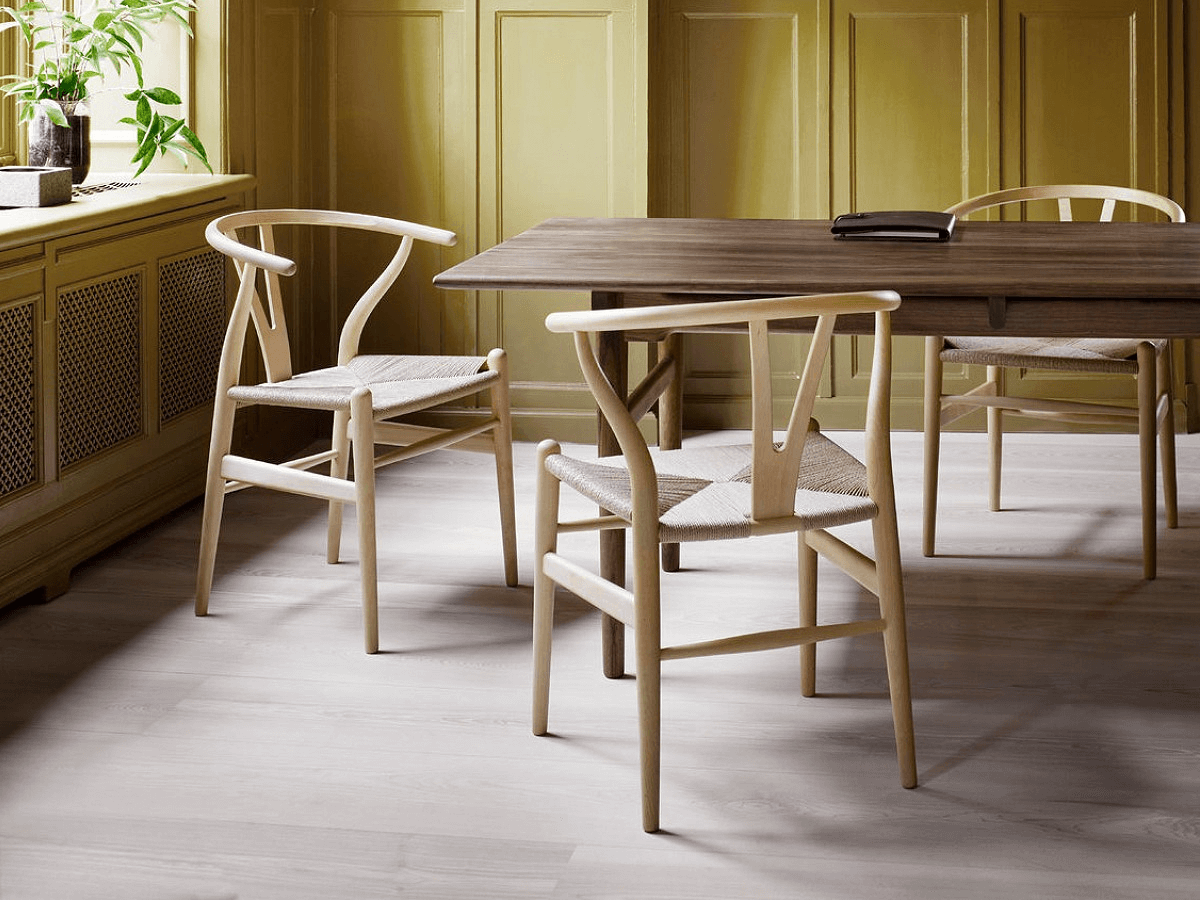 To take inspiration from a bee-hive makes the Maija lamp all the sweeter. Throughout all of the Scandinavian design, nature has influenced its way into many pieces and it is ever more apparent in the wonderful Maija collection, created by Finnish designer Ilmari Tapiovaara in 1955. Each piece filters light beautifully and illuminate a pleasant ambience that inevitably makes you want to curl up on the sofa and read one of your favourite books.

The formal simplicity of the Professor Desk transitions perfectly into contemporary spaces; From a studio to a home office, its aesthetic is timeless. Initially designed for the Academy of Fine Arts in 1955 by Poul Kjærholm, the creation of the Professor Desk went on to change the path of Kjærholm’s career. He eloquently combined his experience in cabinetmaking with furniture design, entangling elements of traditional craftsmanship with industrial design –– this became his hallmark. 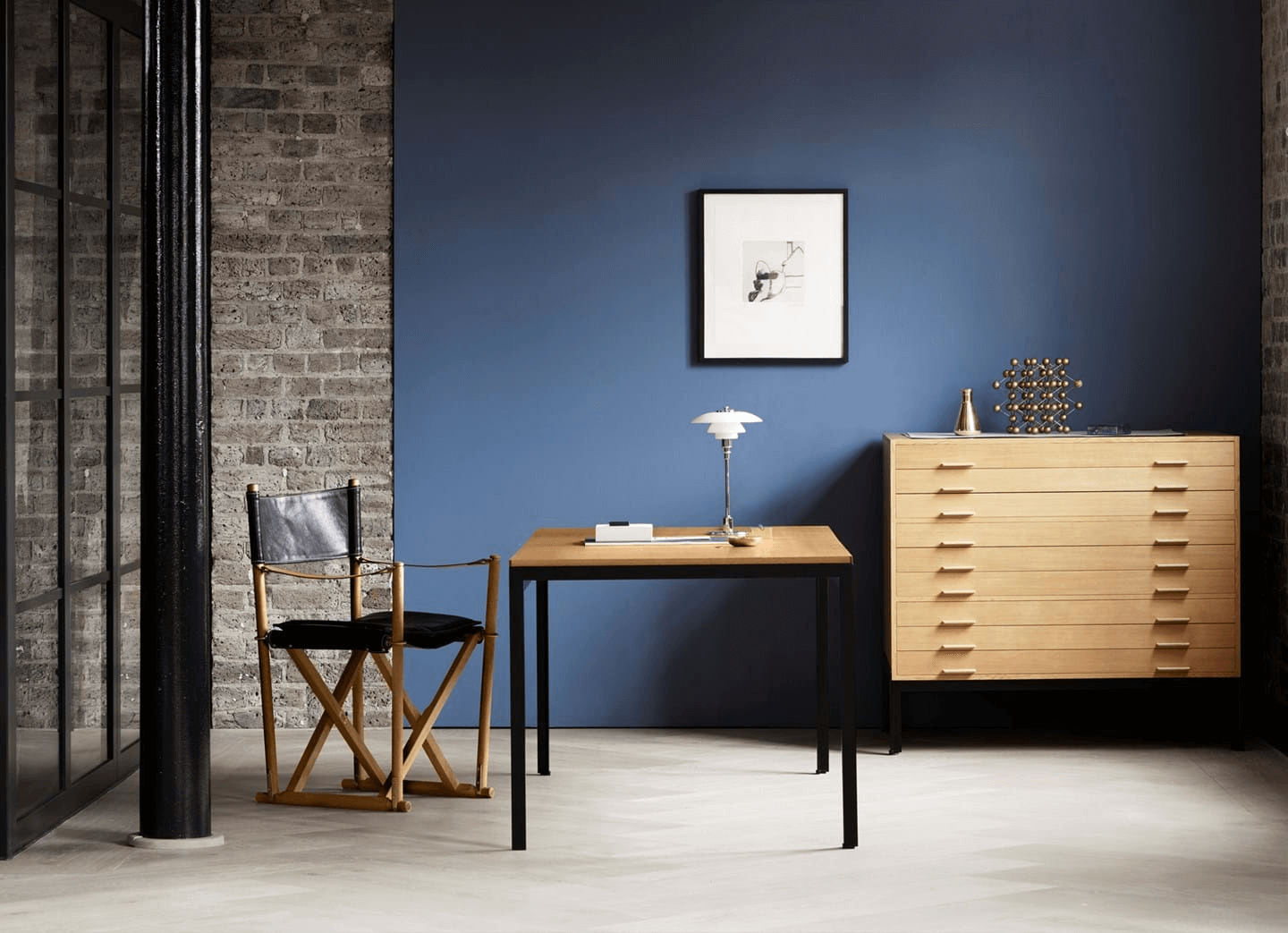 Bellevue was originally designed in 1929 by the Danish designer and architect, Arne Jacobsen. What was initially a competition entry went on to become one of Jacobsen’s early masterpieces in lighting. Its functional, graceful, and simple design makes the Bellevue floor lamp a design classic that stands the test of time. 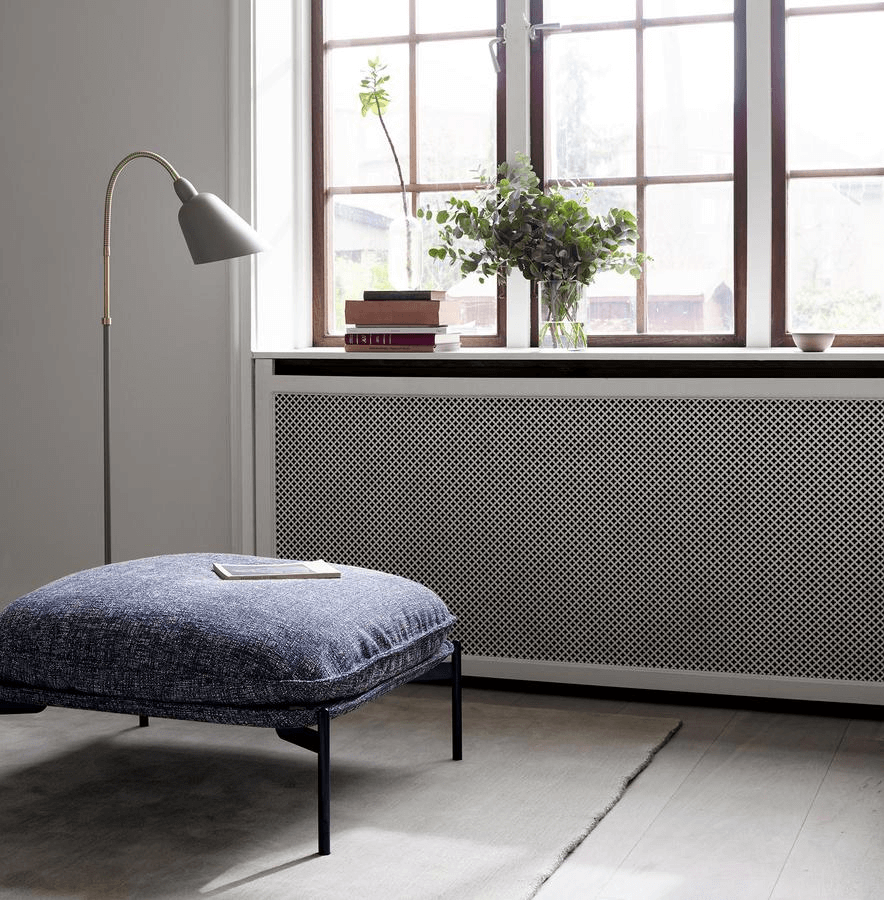 The combination of leather and solid wood gives the CH163 a luxurious look that can work its way into any home. Another one of Hans J. Wegner triumph pieces, the CH163 was designed in 1965 – widely known for its unique characteristics the three-seater sofa shows off its structural elements that otherwise would be hidden away. 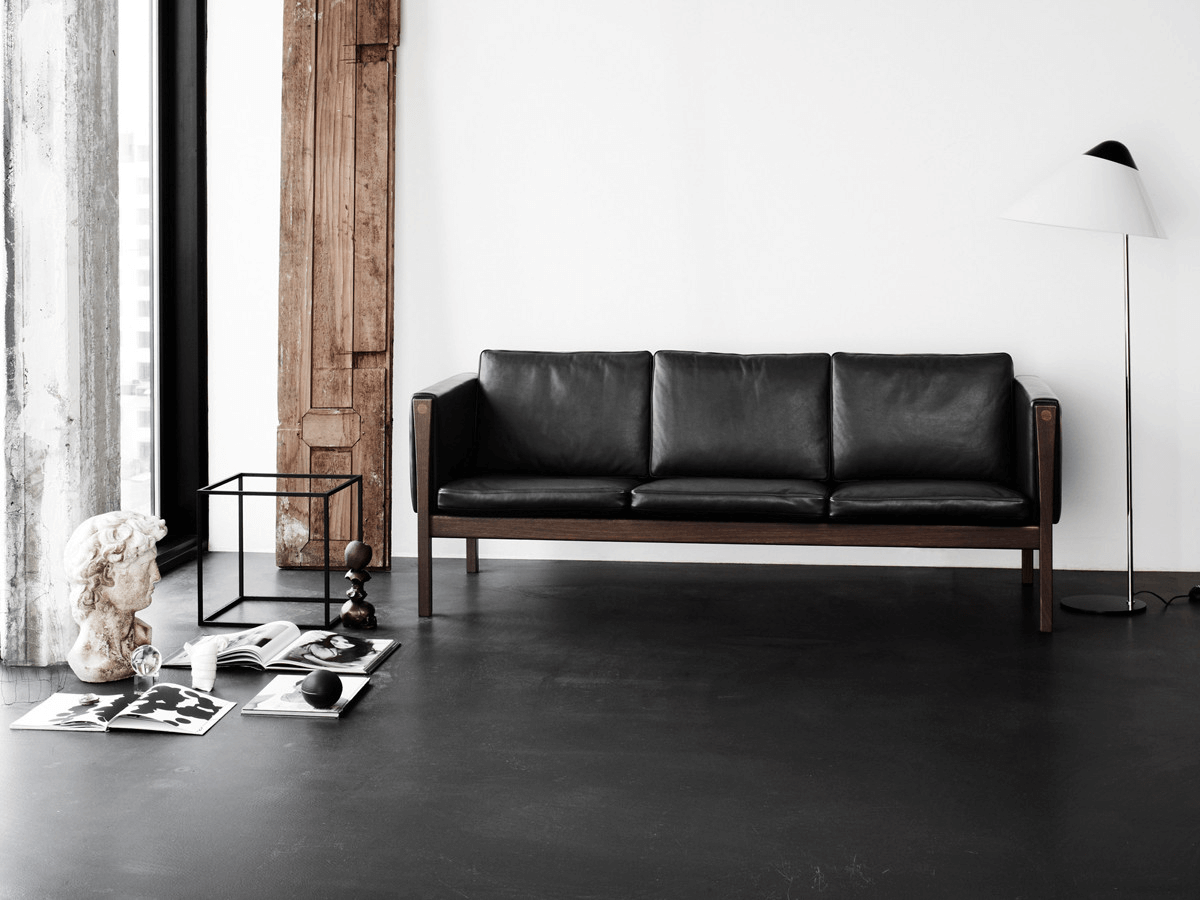 Because when days are long, where better to relax than on a daybed. Designed by Ole Wanscher in 1949, the OW150 Daybed is a form of beauty. Its timeless design and pristine finish show the extent of Wanscher’s love admiration for classic furniture design, he combined modern aesthetic with classic elements perfectly. His pieces were sought after back then, and still to this day remains a collector’s favourite. 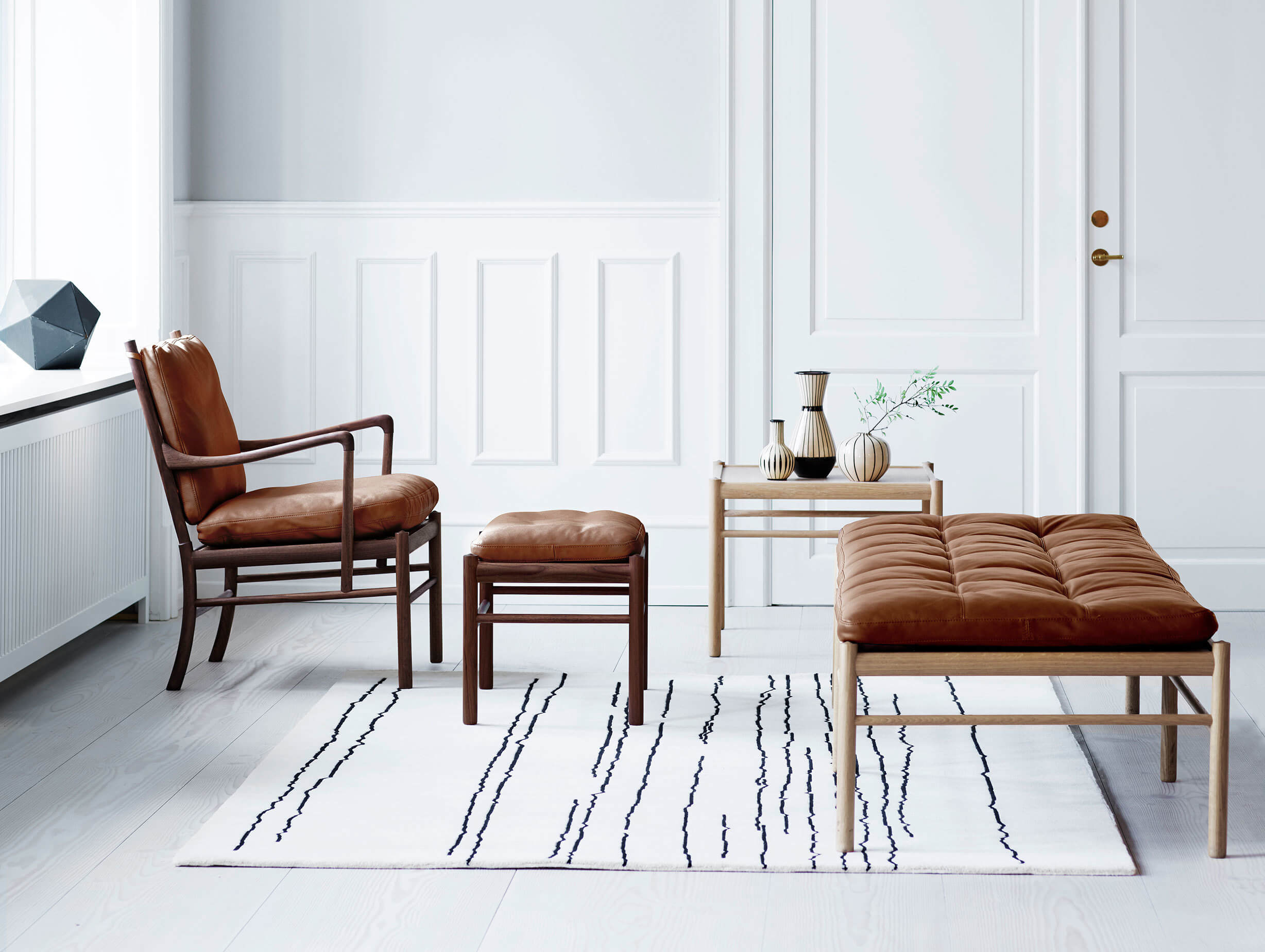 Finnish designer and sculptor Tapio Wirkkala was a leading figure in the world of European design. Wirkkala looked to art and sculptors to influence the design of his products, creating everything from jewellery to furniture, he asserted himself as one of the pioneers of Scandinavian design. The ‘Bolle’ collection is a testament to his craftsmanship and his admiration for sculptural pieces; each could be used as a decorative feature or vase. 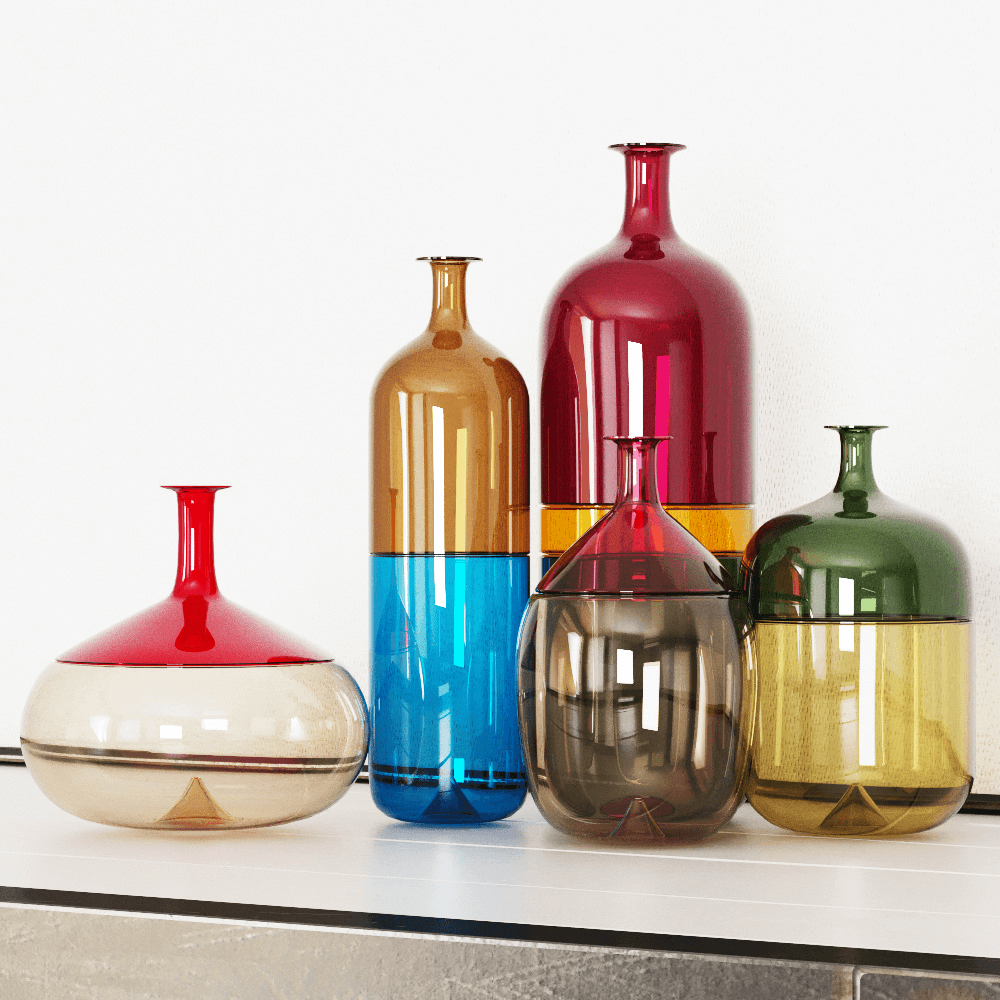 Mirroring the body’s natural curves kept up with steel slender legs, the GMG Chaise Lounge is a signature piece by Swedish designer Greta Grossman. Although she was a lesser-known designer during the rise of Scandinavian design, Grossman created iconic pieces that today are staples within Nordic homes and mid-century inspired homes. 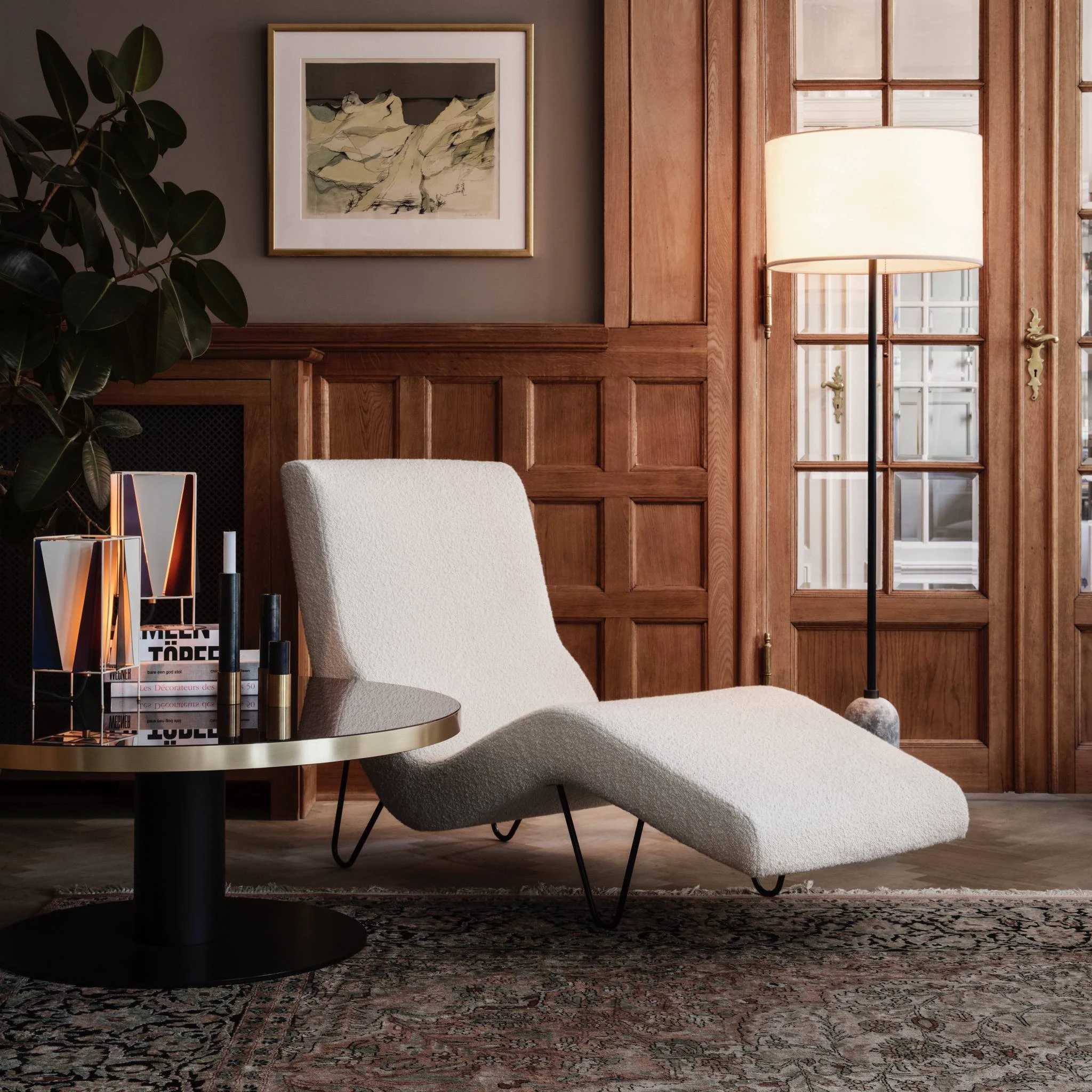 Glass and ceramic designer Kaj Franck created over 200 pieces of one-of-a-kind ceramic, glass, and plastic tableware between the 1940s and 1980s. Known for his conscious approach and creating only the essentials, Franck mastered the creation of the basic drinking glass with the release of the Kartio glass – the collection strikes the perfect balance between material and geometric form. 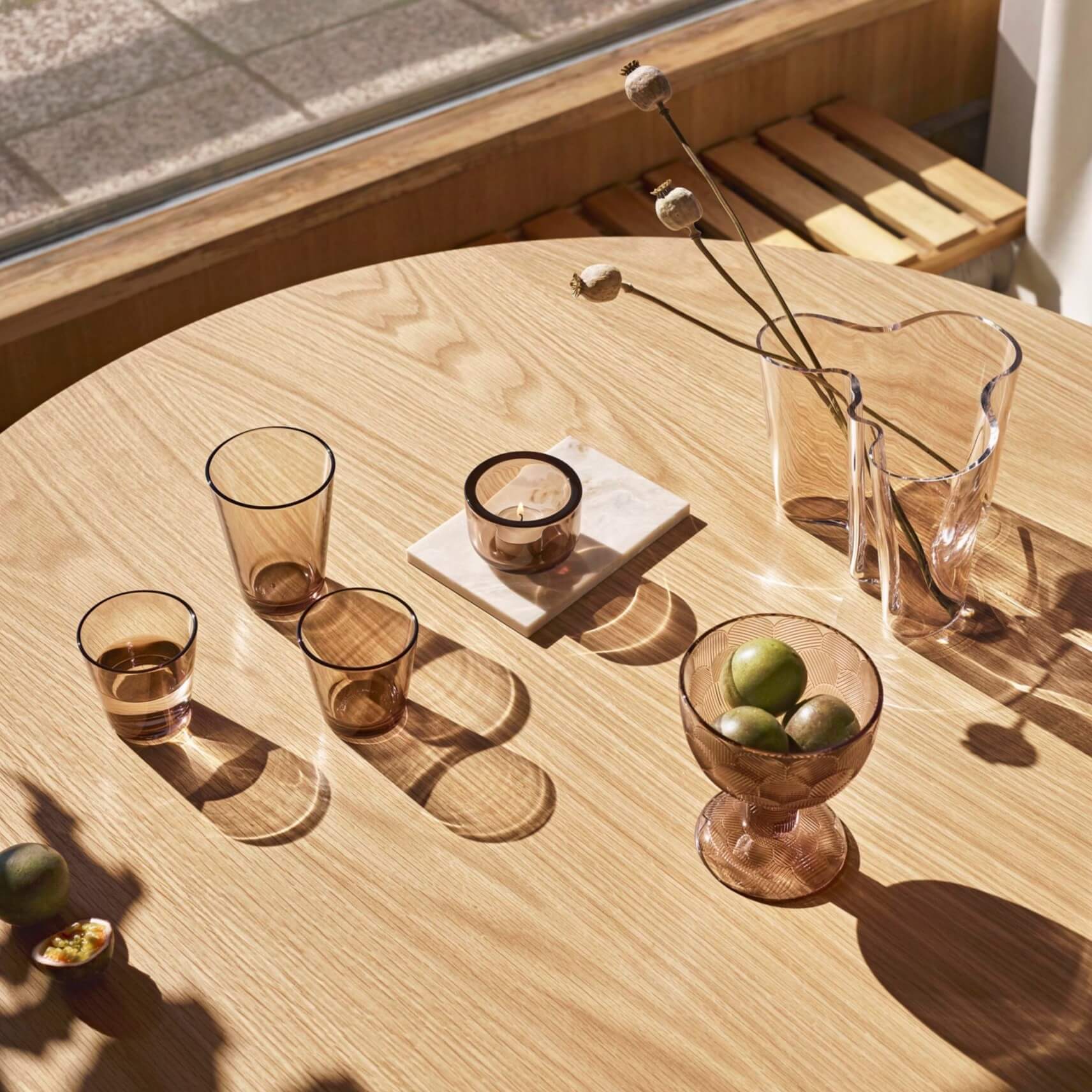 The essence of Scandinavian design is so prevalent in today’s culture that a list of ten pieces almost feels like a list too small. There have been many designs that change the face of interiors, but if there was a piece that shifted perspective on what’s possible, it’s the iconic chairs that were founded in the minds of Scandinavian designers.

Get your mood boards at the ready, it's time to start visualising the creative ideas in your head using our go-to tool.

Quick and easy ways to bring elements of mid-century modern aesthetics into your bathroom for a sleek and trendy look.

5 Authentic Ways To Style A Balcony

We're taking a leaf out of Scandinavian homes on how to turn small outdoor areas into a cosy nook.